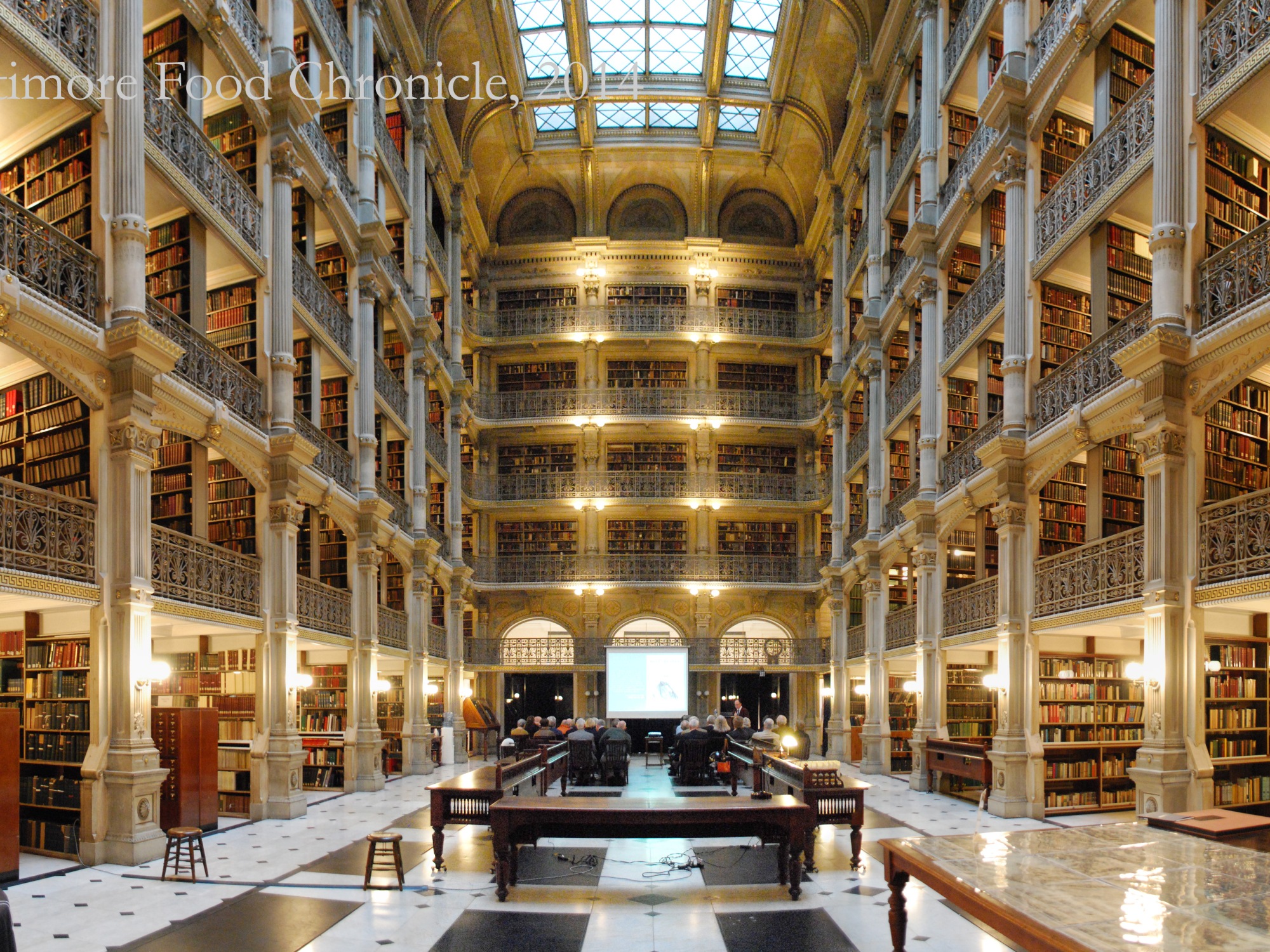 My oldest son William has spastic quadriplegic cerebral palsy.  When he was born more than 3 months early he had a very bad bleed in his brain and spent his first several months of life in a Neonatal Intensive Care Unit (NICU), then PICU (Pediatric ICU).  Our earliest celebrations were at his bedside in the hospital, his first Halloween, first Thanksgiving, first Christmas.  His first New Year’s Eve we sat quietly with him in his room, hearing the faint Happy New Year greetings from the nursing staff behind their closed lounge doors.

As soon as we could however, we took William wherever we could.  Like a little gnome we took pictures of him around town, in different outfits, and across the country from San Francisco to New York.  I took over a year off of work to be with him, taking him to daily physical, occupational or vision therapy and doctors appointments.  In between, he was strapped to my chest in a baby carrier or being pushed in his stroller.  He was my first, and still is my loyal partner on our Daddy and William adventures.

Since moving to Baltimore over a year ago, we have had to adjust our routines and most of his cadre of medical specialists are located at Johns Hopkins or Kennedy Krieger in the city.  So for his appointments alone, we are downtown sometimes every week.  A few months ago William had another appointment and instead of trying to still fit his school day in, we played hooky and had ourselves an impromptu field trip.  I stumbled across a picture of the Peabody Library online one day and couldn’t believe I never realized it was 1.) amazingly beautiful and 2.) in Baltimore.  So that was our first stop. 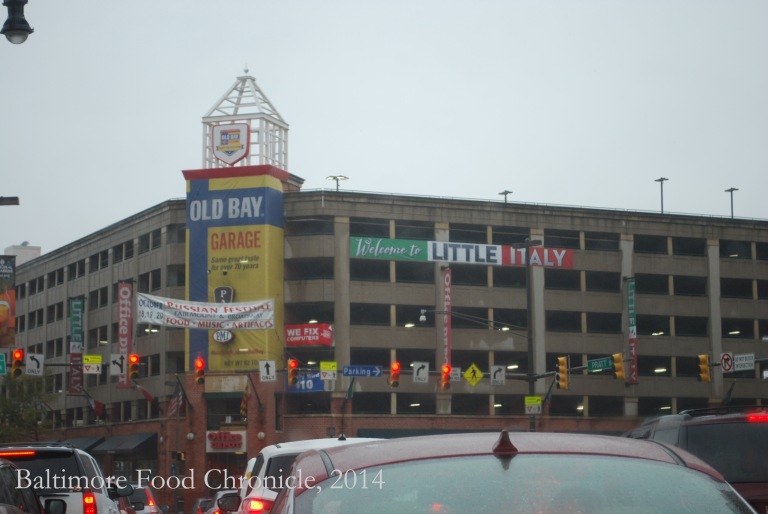 It was pouring that day, so we snaked through rainy traffic and ran around outside until we found the building.  Soaked, we ended up inside only to find out that the library was closed that day due to an event.  Explaining that we had come explicitly to see the library, one of the staff let us quietly in to look around. 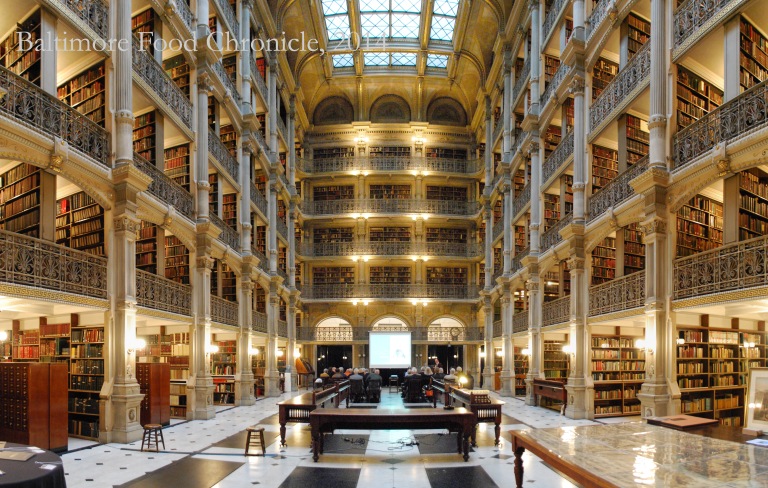 As with many Baltimoreans, I am a huge fan of HBO’s “The Wire.”  When we lived in Southern California, watching it take place in Baltimore, with authentic accents and the cast chowing down on true Baltimore cuisine it always made me feel a little connected living so far away.  And although it has nothing to do with this blog, this is my favorite TV show moment ever:

But there was an episode when McNulty is with his kids and he asks them to play a game “front and follow”, and tail Stringer Bell.  It takes place in a market and at the time I thought it was Cross Street Market.  It wasn’t until I watched it again, and then read up on it online that I realized it wasn’t Cross Street Market, but Northeast Market!  And that’s how I found out that Baltimore has a rich and characteristic heritage of these markets sprawled across the city.  So of course after the Peabody, William and I visited Northeast Market, the backdrop of this “Front and Follow” scene.

And per protocol now, I tried the wings and western fries.  Awesome as expected.  Northeast Market is close to Hopkins but isn’t in the best area.  Plus it was raining and I didn’t want to pay for parking, so we ate and took pictures inside of the van. 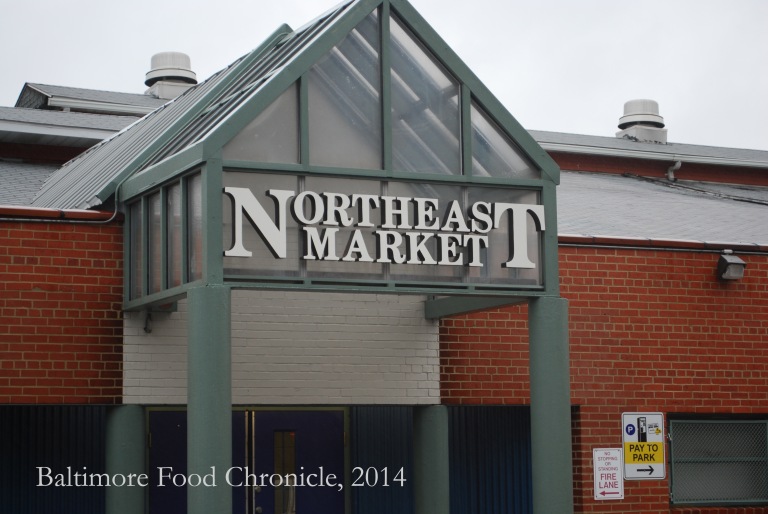 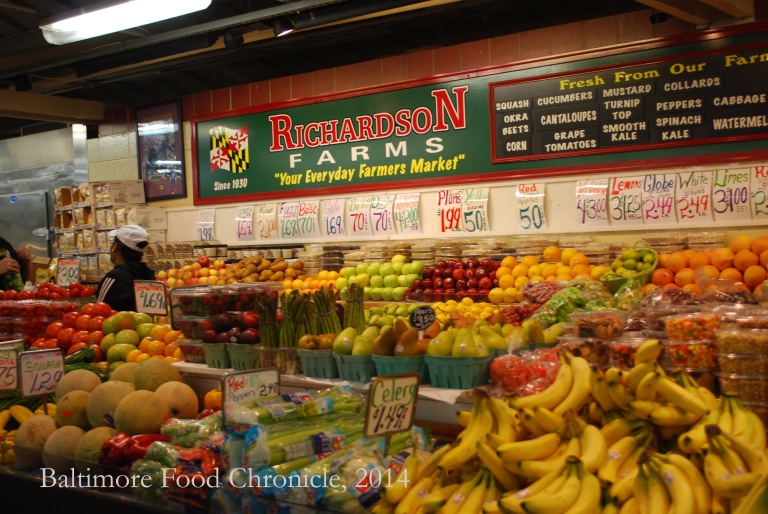 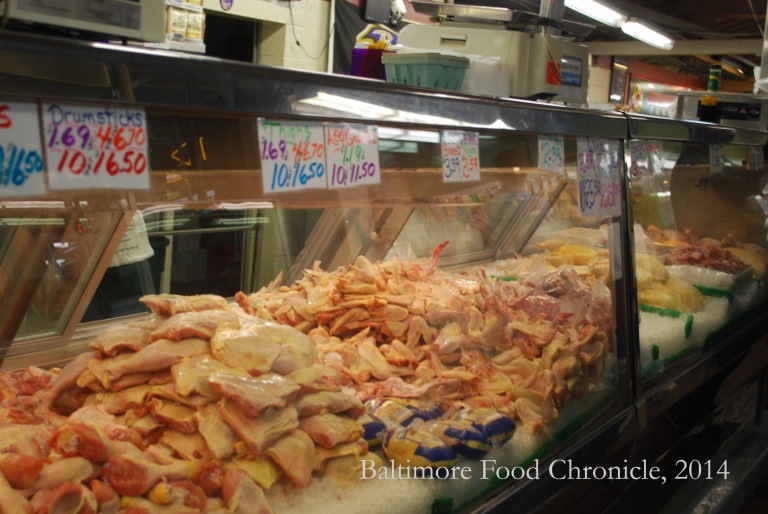 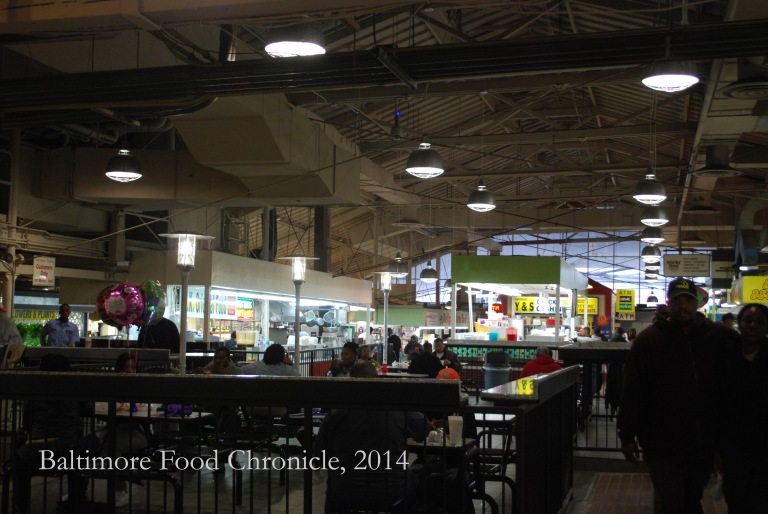 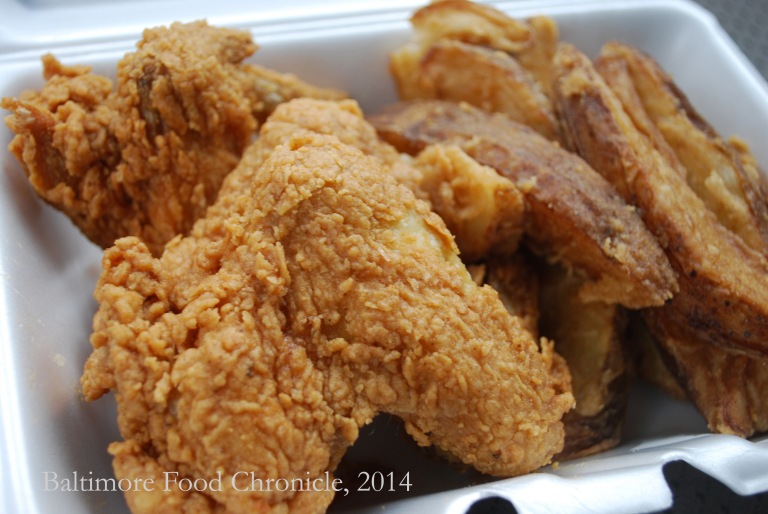 After eating, we went to his appointment at Kennedy Krieger and then made yet another stop so I could pick up my race materials for last year’s Baltimore Running Festival.  Parking was at Camden Yards only (even for handicapped placard holders) so we had a little stroll from the stadium to the convention center, and saw some cool stuff. 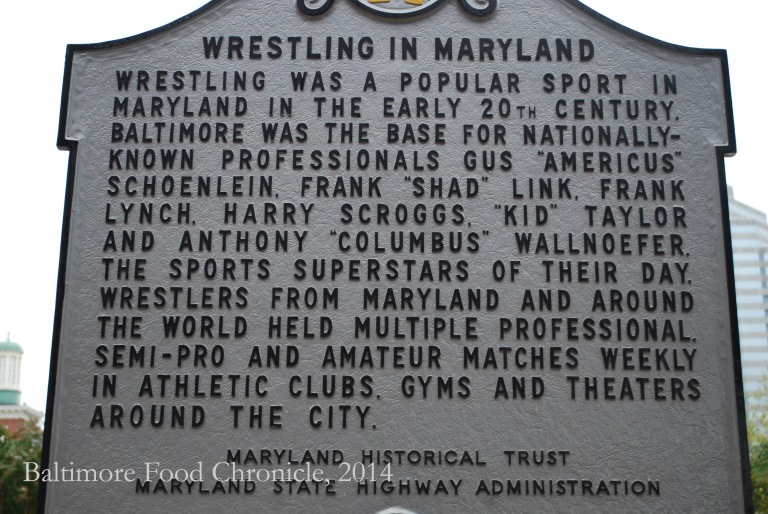 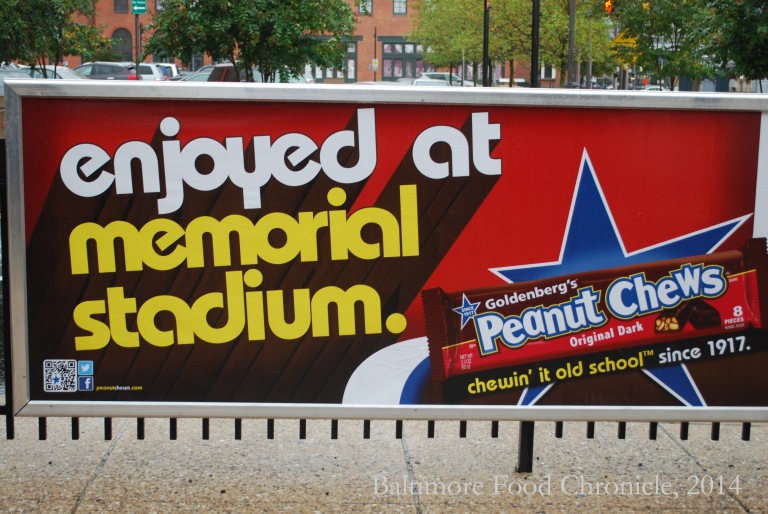 But the best part?  Daddy and William day just like old times. 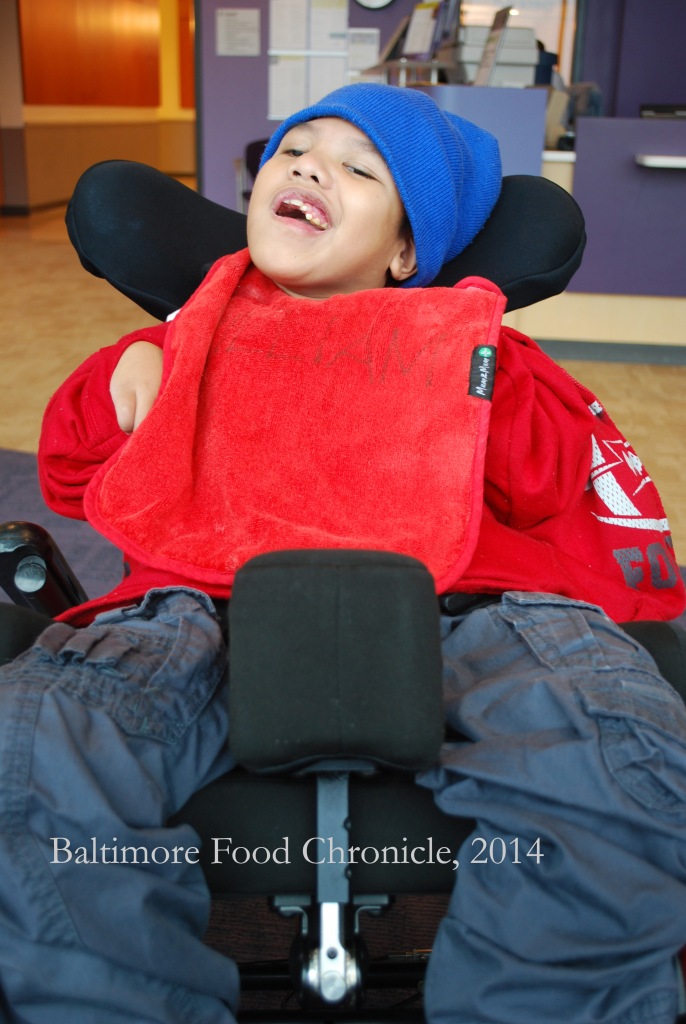