When we lived in Southern California, there was a huge and beautiful lemon tree outside of our house.  It would get so saturated with lemons that the ground would be covered with them and we would gladly welcome strangers admiring them from the sidewalk to come and pick as many as they wanted for themselves.  It always made me think of Lemon Sticks, and when I think of Lemon Sticks I think of my Nana.  Now I don’t remember if she made them for us at her apartment, or if we would just buy them at the Fair, but it was always a refreshing sweet tart memory of summer.

When I started this blog, Lemon Sticks were actually one of the first things I thought of but aside from buying the little peppermint sticks and stabbing lemon halves with them from the store I didn’t really know if there was a place or store that they were associated with, until I read somewhere about Baltimore’s Flower Mart (now FlowerMart) Festival.

Recently described as “the most quintessentially Baltimore festival“, Flower Mart was started in 1911 by The Women’s Civic League of Baltimore to mark “the annual rite of Spring” and to brighten the city, whose organizational pupose included “to suggest, obtain, improve and promote desirable and proper living conditions in the City of Baltimore and its environs, or elsewhere in the State of Maryland, in respect to hygienic and sanitary matters, cleanliness, recreation, ornamentation, cultivation, the abatement of nuisances of every kind, and … whatsoever which may in any way effect the safety, health, or welfare of the people.”  As the name implies, there are an abundance of flowers, plants and garden decorations such as baskets and pots.  As this is a Baltimore Food Chronicle post, there was also a great selection of local treats including Pit Beef, Kettle Corn and even Cinnamon Sticks.  There are apparently Flower Mart festivals around the country, but our Baltimore festival was the first and remains “America’s oldest garden show.”

It was a beautiful day, with the streets blocked off so that Hope could run around and William would be OK rolling around on the roads with his wheelchair, although it got tricky on the cobblestone roundabout encircling the Washington Monument. 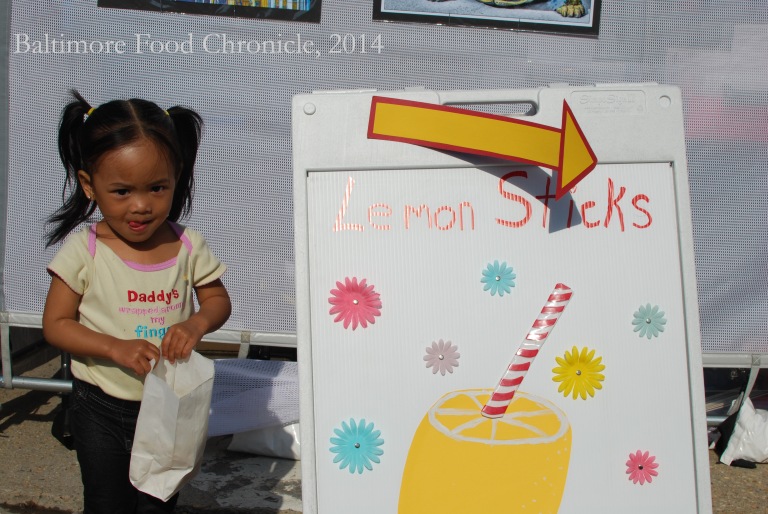 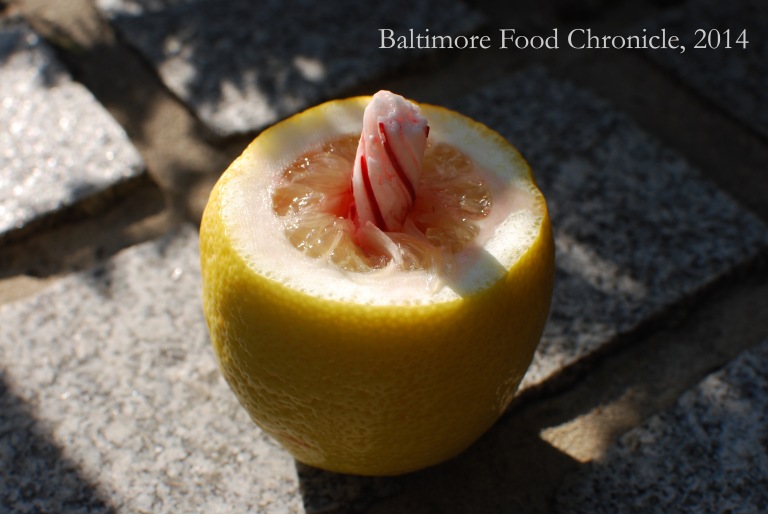 We also stopped by the Gallery Grill across the street and had an awesome chicken and shrimp sub! 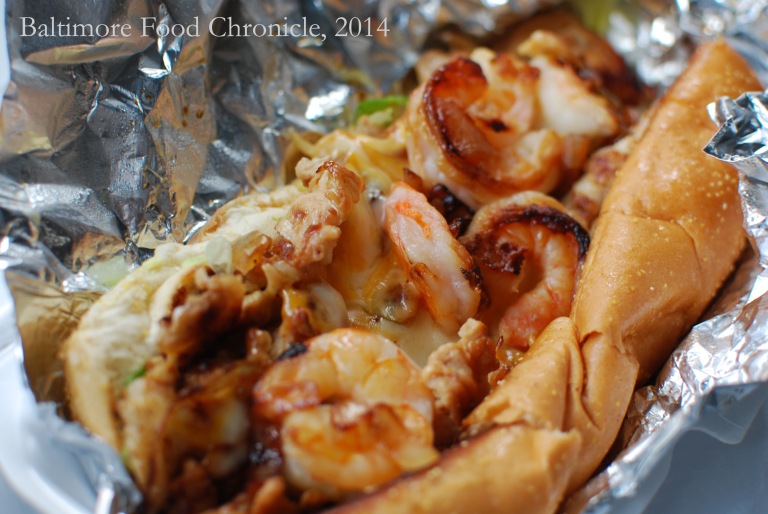