When I moved our family back here to Baltimore almost two years ago, I promised myself I would take them to two of my favorite places.  I’m very thankful to say my own parents took my brothers and I to some spectacular places and destinations, but one of my very favorite places in the world was somewhere we went every summer.

I realize as I post this that I did not take any pictures of the ocean, however this is The Baltimore Food Chronicle so there were plenty of pictures of food.  And of course, plenty of eating (although no pictures of gluttony). 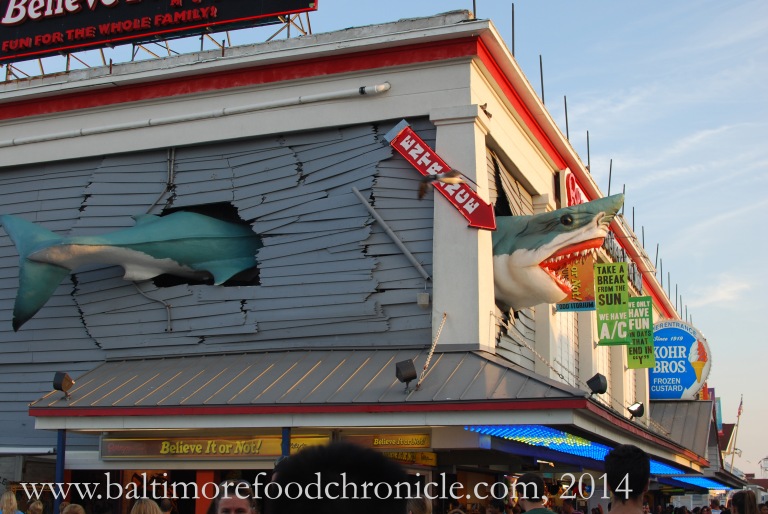 Well it took almost two years, and because of our schedules our trip was only really one night so we tried to hit as many nostalgic classics as we could.  Our first stop was The Dough Roller, known for their pancakes and pizza.

We went to the beach, then pretty much headed to the Boardwalk for more eating and fun (eating = fun).  On our way to eat, I also thought it would be a good idea to eat so we stopped at the first Thrasher’s Fries we came upon.

We also went to Dumser’s to try their soft serve AND Kohr’s for their Frozen Custard. 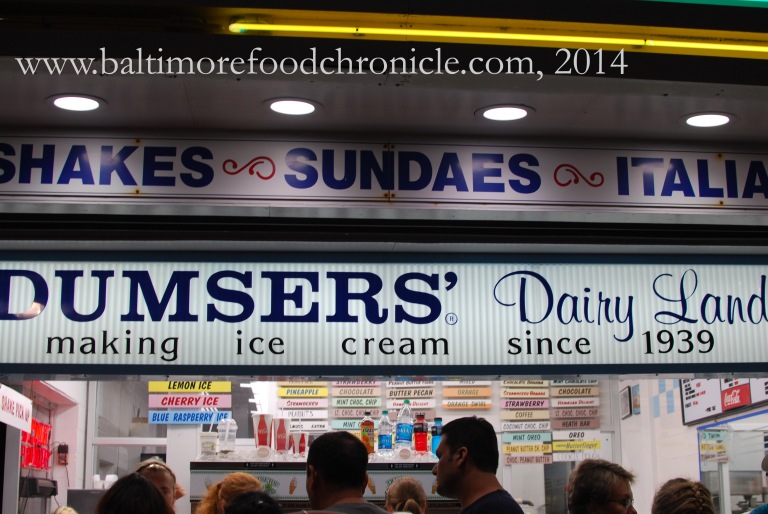 In a state of induced coma we fell asleep (back at our hotel), and after church the next morning came BACK to finish the job.  We got whipped fudge from Jessica’s. 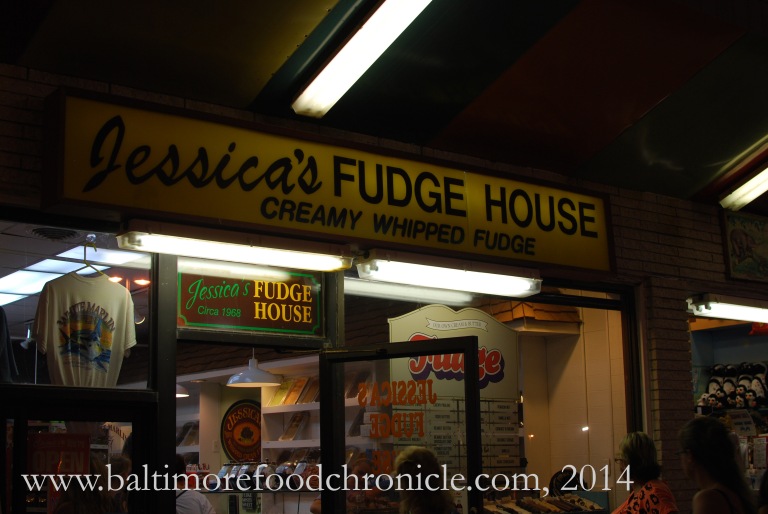 We also got donuts from The Fractured Prune. 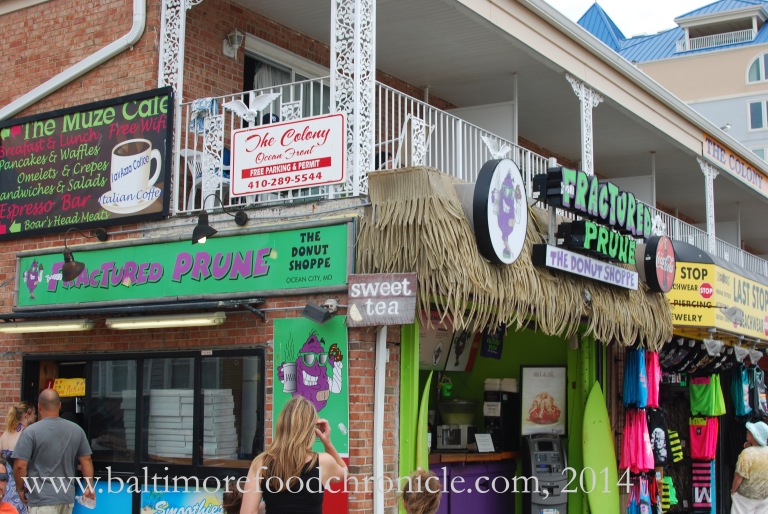 And my wife Jennifer wanted to try the Old Bay Dog from Boog’s.

And normally my wife, who doesn’t even eat/like french fries wanted more of the Thrasher’s fries she loved so much the night before so we went next door and ate them at Boog’s!

We ended the trip by taking some salt water taffy home from The Candy Kitchen, and made a mental note of what more we could explore next time!