Hollins Market was built in 1877 and occupies the oldest of the public market structures in Baltimore, and the last of them to close it’s outdoor stalls.  According to the Baltimore Public Markets site, was also a stopping point for soldiers after the Civil War!  Located in the old Lithuanian district of the city and close to the B & O Railroad Museum, it is also the only remaining market that has a second story (although not accessible to the public). 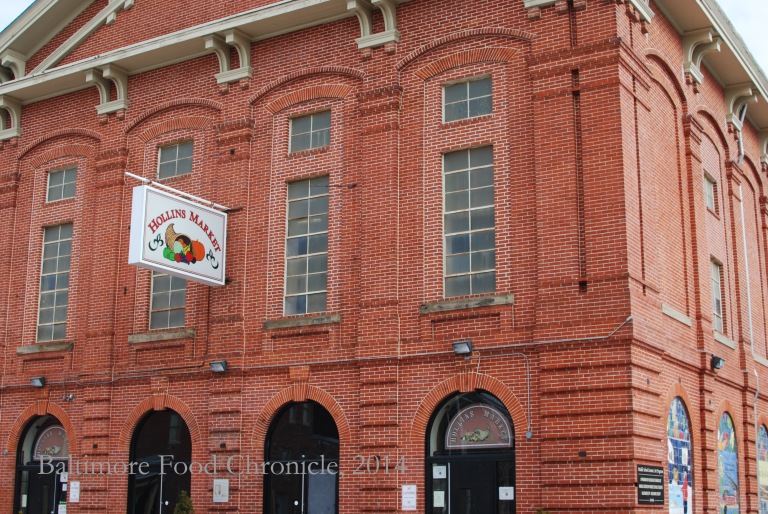 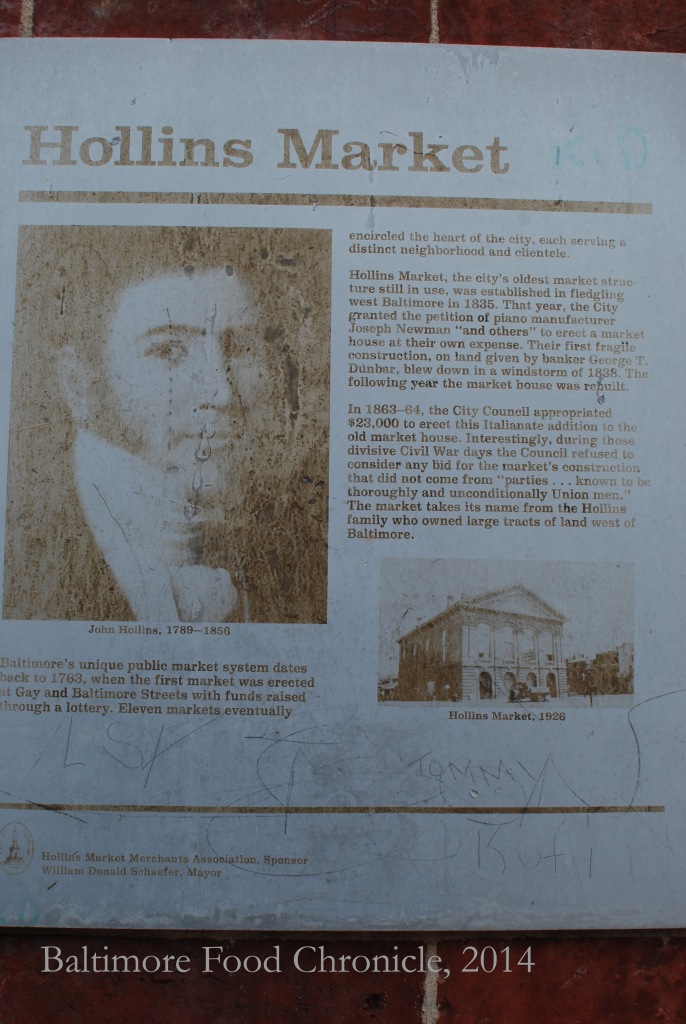 Hope and I came here one day on another epic food adventure, the same day we also drove around Baltimore searching for the Arabber stables (to which we had no luck).  Just after parking we came across a gentleman opening up his store, which had amazing detail on it’s doors and whose windows were packed with antique statues, masks, caricatures and old photos.  Out of courtesy I asked him if I could take pictures, and he quickly said no and started talking about how people always want to take pictures but he never gets anything out of it.  After offering him a few dollars, he calmed down and agreed to let me take a few pictures at no charge.  After asking me where I was from, and learning that my parents were from the Philippines he told me he was once in a well known band that toured and recorded, and that his drummer was a Filipino.  He went on to recount how all the rest of the band teased constantly because of that.  I laughed along with him out of politeness. 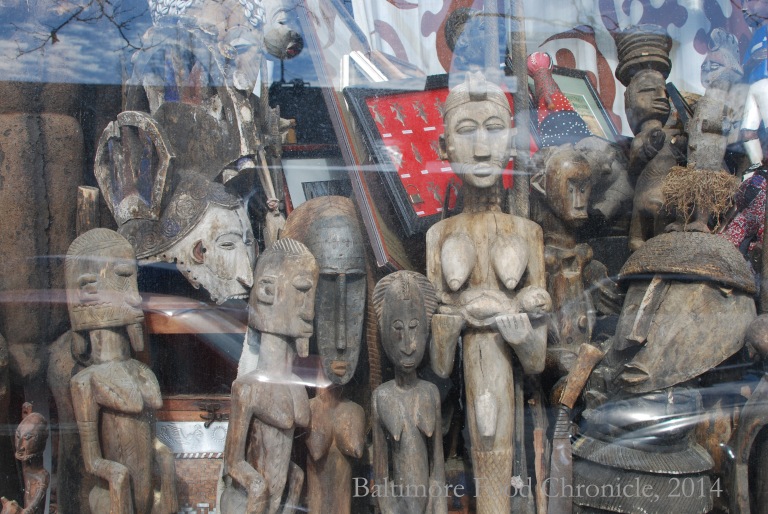 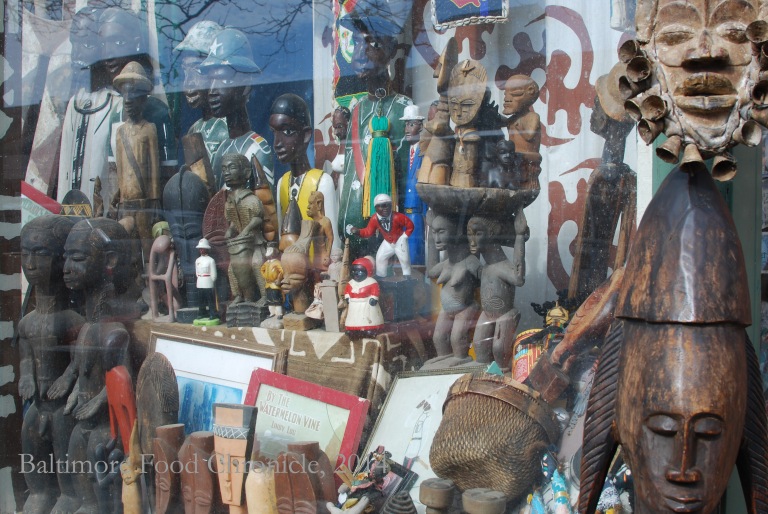 We finally crossed the street and entered the market, which for the most part is a long stretch of typical stalls, including hot foods (fried chicken of course), diner type sandwiches, fresh fruits, meats and fish.  There were also police and security in abundance. 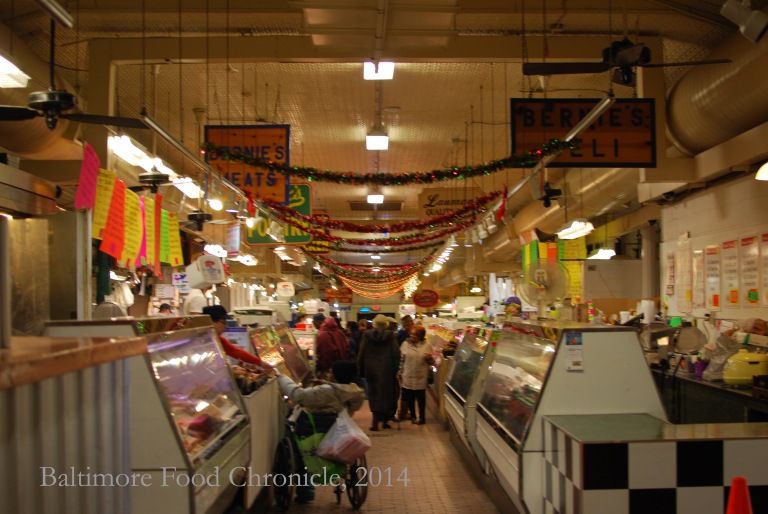 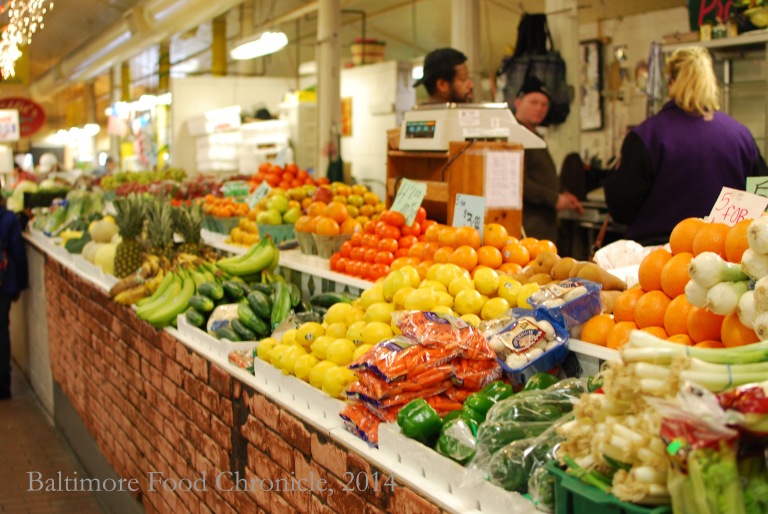 The outside neighborhoods at the time we went were fairly empty.  Be advised however, there are a few one way streets (that I ended up facing the wrong way on, in front of the railroad museum that the oncoming cars did not appreciate).  And they let me know it.

All in all, I liked it but rarely am in that area to eat so I’m not sure how much I’ll be back.  It was lively and about as busy as Northeast or Cross Street Market, definitely more than Broadway or Avenue but not nearly as hoppin’ as Lexington.  And to be consistent, the wings were pretty good.