Although Baltimoreans are notoriously loyal to their “own” brands such as Old Bay, Berger Cookies and Under Armour, there are a few interesting anomalies that this town as adopted as their own even though they are not, or are no longer here.  I have to say, I’m not really a “chips” kind of guy.  Don’t get me wrong, I love them especially with tuna sandwiches or onion dip.  But I’ve never been one to sit down and watch TV with a bag of chips in my lap.  With that being said, when I lived in California one of the things I really did miss was UTZ Potato Chips.  It didn’t matter which one, the Crab Chip, BBQ, Sour Cream & Onion or even the Classic, there was nothing like the light and crispy UTZ chip that I had grown up with.

So a few months ago, after taking my son early to daycare in Westminster for a field trip I decided to go a few extra miles with my daughter into Hanover, PA.  The home of UTZ Potato Chips, now known as UTZ Foods.

I’m pretty geeky about food, I do have a food blog after all, and so I was hoping without any prior research that there would be an opportunity to tour the factory.  To my surprise and delight, there was no guided tour, but rather a self-guided exploration that looked like it was preserved pristinely from the 1970’s.  The staircases and long hallways interspersed with displays and windows to the factory gave visual history of the company, and old school buttons on the wall prompted pre-recorded descriptions of the cooking process and answered age old questions such as why the edges of some potato chips are green! 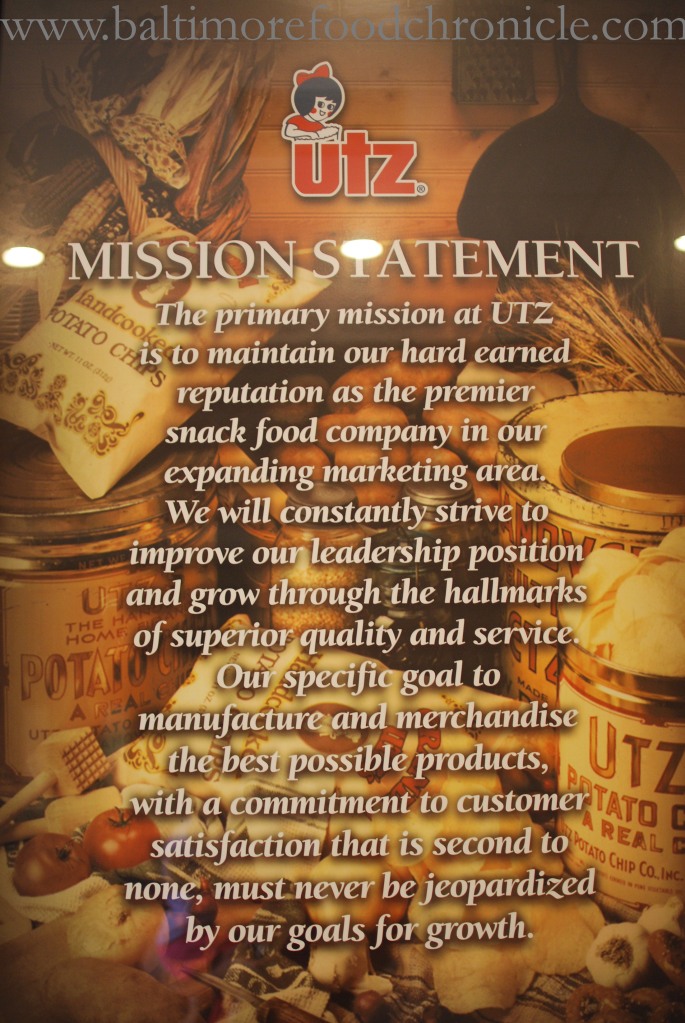 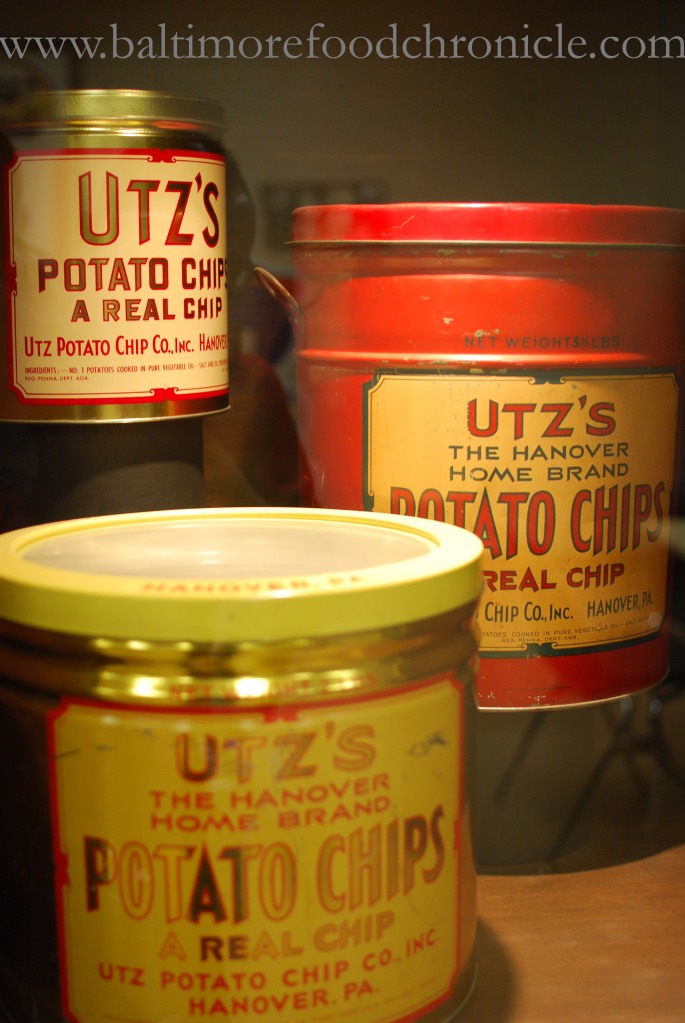 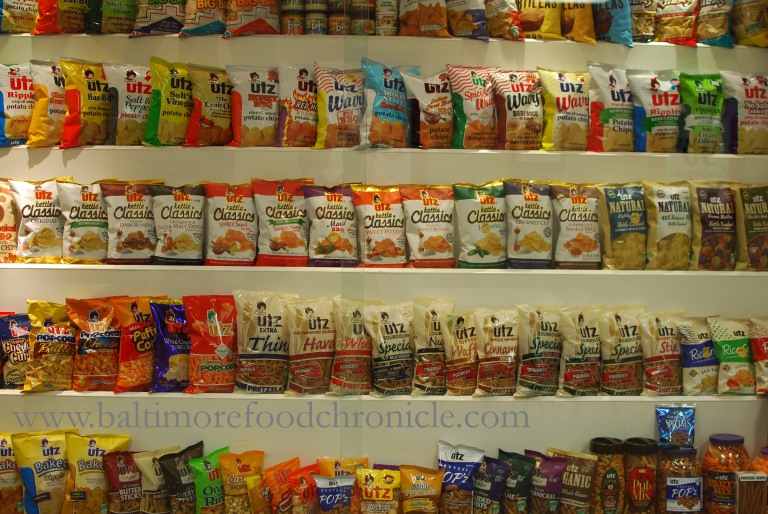 I had no idea just how vast the company’s offerings had grown into!  The coolest part of the tour was truly listening to the old recordings barely audible sometimes with the sound of machinery, but seeing the chips go from potatoes, to wash, to peeling, frying and even packaging.  The tour provided free samples on the way, so it was also nice to eat the same chips you saw them pumping out billions at a time. 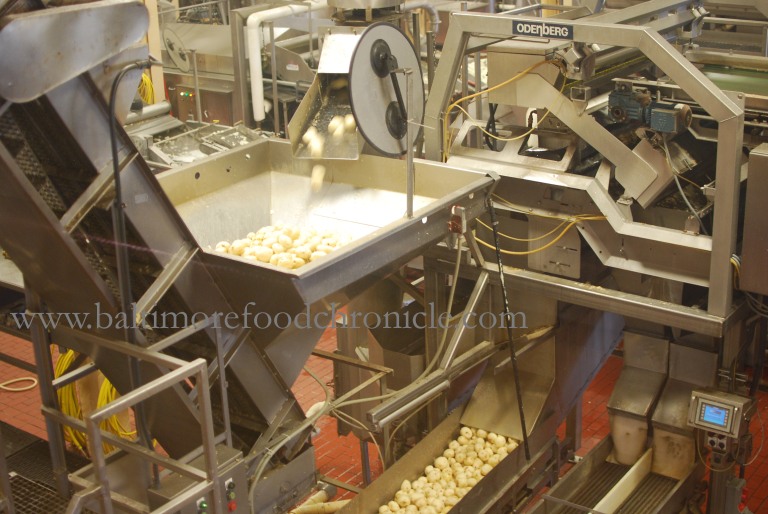 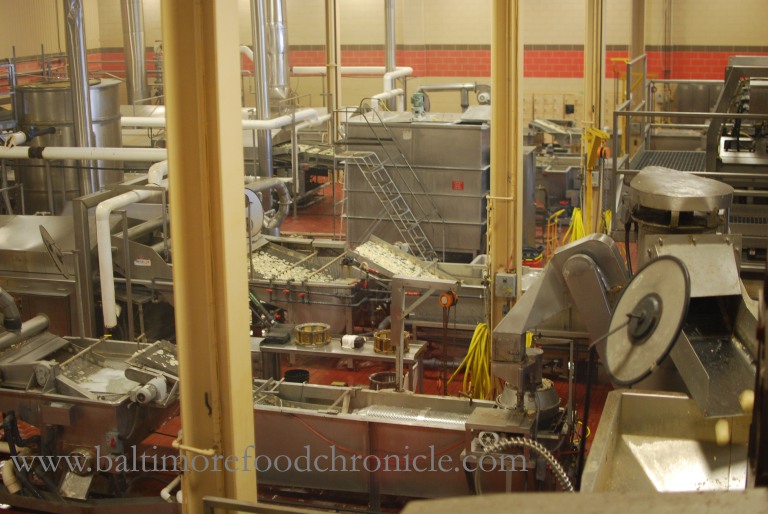 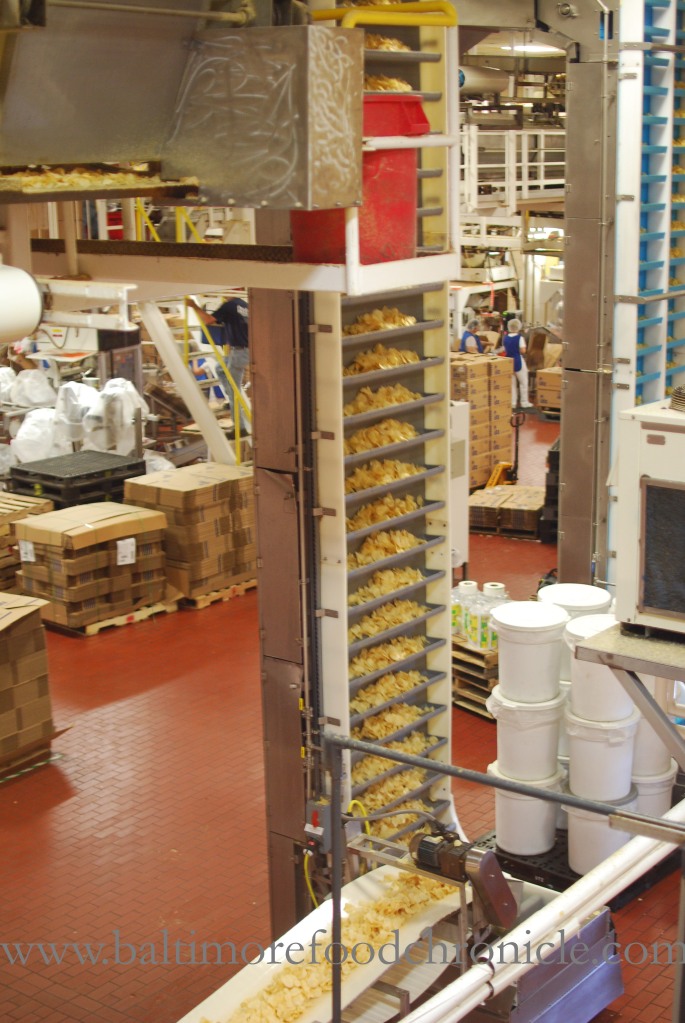 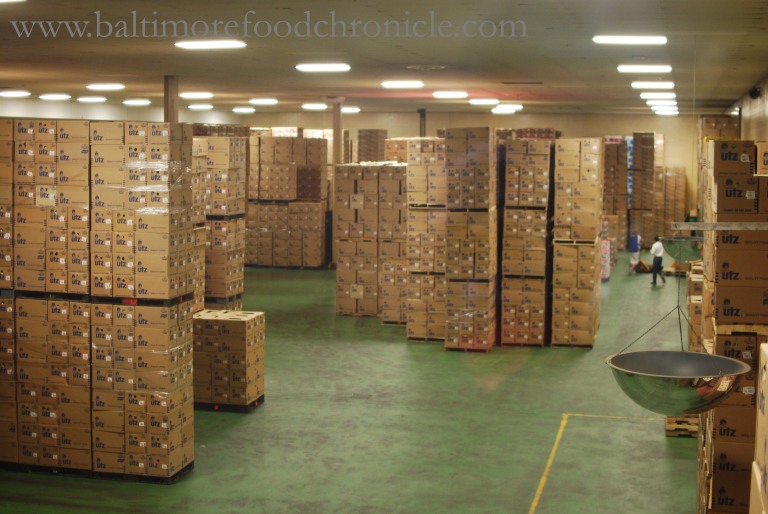 After leaving the main factory, Hope and I went a few blocks down to the original factory/building which now houses their factory store.  There, you could purchase anything UTZ related from their various chips and snacks, to promotional products, clothing, chip clips (which I wish I had gotten more of), freshly made and warm potato chips and even chocolate covered chips. 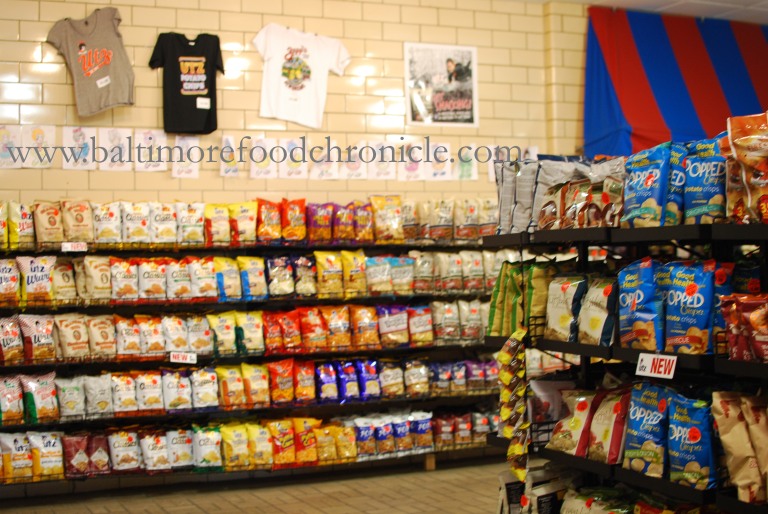 It was a long drive back to Baltimore but definitely worth the trip!  UTZ Potato Chips are found pretty much everywhere in the Baltimore area.  I’m fond of their BBQ chips, and especially their BBQ Grandma UTZ (kettle cooked chips) and we still have UTZ girl magnets decorating our fridge at home!

So now I want some.  And I’m at work, in the middle of the night in Baltimore City.